In response to The Daily Post’s weekly photo challenge: “Broken.”

Initially this challenge made me think of my own photographs of Alcatraz. However, I was concerned that was too easy because a photograph taken at Alcatraz was the example shown in the original challenge post. I knew I would have other shots that may well fit the bill, so I had a look through my library (any excuse…).

The structure in the background of this picture is the sad remnant of West Pier in Brighton. This was actually taken a couple of years ago, more of it has fallen into the sea since. The pier had been closed since the ’70s, suffered a great deal of damage in the storms of 1987 and finally declared beyond repair after fire (the cause unknown) in the early 21st Century.

Taken on DSLR with wide-angle lens and processed in Lightroom. 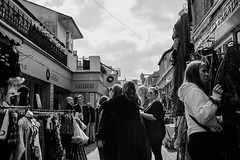 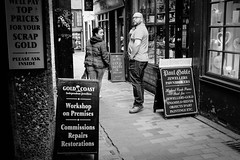 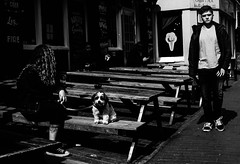